Scientists have long puzzled as to why diamond, the hardest material in the world, can be ground using diamond – after all, the grinding material usually has to be harder than the material to be ground. Now German researchers have deciphered the process.
German researchers have found out why diamond can be cut with diamond. In a computer simulation, the scientists calculated that a layer of disordered carbon atoms forms at the contact point between two diamond crystals. This amorphous carbon is much softer than the starting material and is removed when machining with the diamond-coated grinding wheel.
With this discovery, the materials researchers working with Lars Pastewka from the Fraunhofer Institute for Mechanics of Materials have solved two centuries-old riddles of diamond processing. Diamond cutters have known for a long time that the material can be ground with different degrees of ease in different directions, but they could not explain this any more than the fact that diamond, the hardest naturally occurring mineral, can be ground at all. Usually this requires a harder material.

If this bond is strong enough, they tear an atom from the crystal lattice, which then wanders around the boundary layer itself and can free other carbon atoms. The resulting layer of amorphous carbon is much less stable, so the diamond-studded grinding wheel planes it off.

The force with which one atom has to break another out of the crystal depends on the direction of the grinding and how a surface atom is bound to the deeper layers of the crystal. In the “soft” crystal direction, the bonds break at three to four electron volts, in the “hard” direction only at around six.

One consequence of this property, known as anisotropy, is that surfaces in polycrystalline diamonds – i.e. those that consist of several differently oriented crystal grains – cannot be ground down completely flat. It has therefore been difficult to use diamond in many applications that require such surfaces

The processing and craftsmanship of diamonds

Diamonds can be worked in two different ways. The mass goods are now industrially manufactured in India, Thailand and China. The other method, mainly practiced in Antwerp, consists of the traditional polishing of quality diamonds weighing more than 0.5 carats. The Antwerp diamond cutting and polishing trade is a tradition that goes back to the 19th century. Its secrets are closely guarded and passed on from generation to generation. Knowledge that has had to be acquired over centuries is the best guarantee of quality.

Every diamond is unique because the rough crystal is first examined by experts for many hours before it is handed over for grinding. Then every stone is polished with passion. Each stone goes through the following process:

Sawing: Today, diamonds can be sawed very precisely with laser beams. The sawing is done against the grain of the crystal. A more traditional method is used for small gemstones. The diamond is sawed very slowly with a high-performance cutting machine. The traditional sawing of large stones can sometimes take weeks.

Splitting: This technique, known for over 2000 years, is used to split a diamond in two. The principle is to hit a blade hard with a mallet and set it at a very precise angle. The cleavage takes place parallel to the fiber of the crystal.
Rubbing: This process, which has been known since the Renaissance, is used to polish the surface with the largest diameter of the stone, which surrounds the diamond like a belt, with another diamond.
Faceting: Each stone is covered with a surface on a polishing disc. As soon as the stone is faceted, it can be processed into a piece of jewelry. 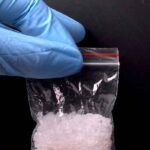 Ice nasha in pakistan,How to treat it? 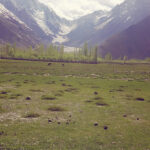