Gilgit-Baltistan is bounded on the north by the Chinese province of Xinjiang, on the east by Indian-controlled Jammu and Kashmir, on the south by Pakistan-administered Azad Kashmir, and on the west by the Wakhan Corridor with Afghanistan and Central Asia.

Gilgit-Baltistan is also called the Gateway of Asia because of its important geo-strategic importance. Therefore, this area has been the center of the Great Game in the past and a victim of external domination and aggression.

It is a historical fact that Gilgit-Baltistan was a colony of the former princely state of Jammu and Kashmir and the British Crown from 1846 to 1947, but after World War II, colonies around the world gained independence and significant changes took place in Gilgit-Baltistan. As a result of the War of Independence of Gilgit-Baltistan on November 1, 1947, the Dogra government was permanently removed from the region when, taking advantage of the ongoing war in Kashmir, on October 31, 1947, the Gilgit Scouts marched on Maharaja Hari Singh’s Gilgit-Baltistan. The house of the appointed Governor Brigadier Ghansara Singh was besieged and on November 1, 1947, Governor Brigadier Ghansara Singh surrendered and independence was declared in Gilgit-Baltistan, but the local leadership itself transferred all powers from Pakistan on November 16, 1947. Referring to Political Agent Muhammad Alam, from whom the Kashmiri leadership signed the Karachi Agreement on 28 April 1949 to provide further legal justification.

Since the Karachi Agreement is a legal document, it is important to review its contents in order to understand the document. The agreement was reached on April 28, 1949 between the Government of Pakistan, the Government of Azad Kashmir and the Jammu and Kashmir Muslim Conference.

(Part A) There are a total of eight cases within the purview of the Government of Pakistan which are as follows.

2. Foreign Policy of Azad Kashmir. 3. Negotiations with the United Nations Commission on India and Pakistan (UNCIP).

4. Advertising matters in Pakistan and abroad.

6. Interaction in the context of the UN-sponsored referendum.

8. All matters of Gilgit-Baltistan and Ladagh under the administration of a political agent.

(B) Matters under the jurisdiction of the Government of Azad Kashmir.

2- Publicity of the performance of Azad Kashmir government and administration.

4. Advice to the Hon’ble Minister for Non-Aligned Affairs (Government of Pakistan) on negotiations with the United Nations Commission on UNCIP.

5. Development of economic resources in the Azad Kashmir region.

(C) Matters under the jurisdiction of the Jammu and Kashmir Muslim Conference.

2- Advertising about the referendum in Azad Kashmir area.

1. Activities and publicity in the Indian-occupied territory of the state.

1. To organize political activities in the Indian Occupied Territories and Azad Kashmir.

4- Preliminary arrangements for the poll.

5- Organizing the conduct of the referendum.

6- Political activities and publicity among Kashmiri refugees living inside Pakistan.

7. To provide advice to His Excellency the Minister, Department of Government of Pakistan on negotiations with the United Nations Commission on India and Pakistan (UNCIP).

Interestingly, no Gilgit-Baltistan representative was involved in the agreement.

This was confirmed by the Supreme Court of Pakistan on January 19, 2019 in the case of Civil Aviation Authority v. Supreme Court of Appeal, Gilgit-Baltistan, etc. in paragraph No. 14, a seven-member bench headed by Chief Justice Saqib Nisar wrote about the Karachi Agreement. :

“On 28th April 1949, 0fficials of the Pakistan Government met those of AJK Government to ink the Karachi Agreement.

Under this Accord, it was agreed that the affairs of Gilgit Baltistan would be run by the Pakistan Government.

It appears that no leaders from Gilgit were included in this agreement. ”

After the Supreme Court’s confirmation, there is no room for further discussion on the fact that this is a law document which did not include any representative of Gilgit-Baltistan.

On the other hand, as a result of this war, Maharaja Hari Singh fled to India and conditionally signed the Treaty of Accession with India. What As a result, the United Nations passed a resolution on August 13, 1948, declaring the state of Jammu and Kashmir, including the Northern Areas (Gilgit-Baltistan), as a disputed territory,

which was confirmed by I wrote that

31. The UNCIP, vide their resolution dated 13th August 1948 and 5th January 1949, had included the Northern Areas in the State for the purpose of over all plebiscite.

32. (a) The third interim report of the UNCIP categorically refers to Pakistan, s unchallenged military control over the Northern Areas administered by Local Authorities with the assistance of Pakistan Officials.

Paragraph 24 of the Sartaj Aziz Committee Report, referring to the UN references, deals with the local authority of the Northern Areas as a reference prepared for the readers.

24. On 26th April 1949 the government of Pakistan submitted the commission a paper dealing with the geography, communications, and economic conditions of Northern areas. The paper inter alia explained that from the beginning of November 1947, responsibility for the administration of the area was being effectively discharged by the Local Authorities. Hence there was no basis, whatsoever, for the Prime Minister of India, s contention that Maharaja, s authority over this region was as a whole has not been challenged or disrupted.

It is also significant that on July 27, 1949, the military representatives of Pakistan and India signed the Trustees Agreement in Karachi with the UN observers.

In which the ceasefire line was described. As a result of this ceasefire, the state of Jammu and Kashmir was officially divided into two parts.

Thus, Pakistan’s control over Gilgit Agency, including Baltistan and Azad Kashmir, was recognized, while India occupied Ladakh, part of Poonch and the rest of Kashmir.

Despite the passage of seventy years due to the Kashmir issue, the region of Gilgit-Baltistan has not been included in the Constitution of Pakistan. ۔ Therefore, this area is generally called unconstitutional.

The International Crisis Group’s Asia Report No. 131 dated April 2, 2007 on the disturbing situation in Gilgit-Baltistan due to deprivation of fundamental rights states that the Northern Areas were part of the former princely state of Jammu and Kashmir before Pakistan’s independence. And this region was then called the important Northern Frontier of British India.

Although the region successfully revolted against the Maharaja of Kashmir Hari Singh and the leading figures of Gilgit-Baltistan’s independence tried to join Pakistan during this period, Pakistan, with full emphasis on its Kashmir policy, disputed Gilgit-Baltistan. He termed the state of Jammu and Kashmir as part of it and said that separating Gilgit-Baltistan from Kashmir before resolving the Kashmir issue was against the national interest of the state of Pakistan. However, like the Northern Areas, Azad Kashmir has been declared a part of the disputed state of Jammu and Kashmir, about which Article 257 of the Constitution of Pakistan states: “When the people of the State of Jammu and Kashmir decide to join Pakistan. The relationship between Pakistan and the state will be determined by the wishes of the people of that state. ”

But unlike the Northern Areas, Azad Kashmir has been given internal autonomy and a constitution by the government of Pakistan, albeit in name only, while Gilgit-Baltistan has been governed by various LFOs and orders based on the Karachi Agreement. The people of the region have been deprived of political and civil rights. ”

Since the Karachi Agreement is a legal document which is in fact a development agreement between the State of Azad Kashmir and the State of Pakistan under which Azad Kashmir is guaranteed its rights Gilgit-Baltistan has handed over administrative control to the government of Pakistan and has ensured its internal autonomy in other matters.

It is said that the Karachi Agreement was needed due to the historical and objective circumstances of the time as Maharaja Hari Singh had signed the Treaty of Accession with India due to which India considers the entire state of Jammu and Kashmir as its integral part and On the basis of this claim, he not only approached the United Nations but on the same basis he was also allowed to withdraw his forces in Kashmir.

The other side of the Karachi agreement is that the Azad Kashmir government and the Muslim Conference signed the agreement with Pakistan because they wanted to join Pakistan.

In his view, this accession was expected immediately in the event of a referendum, so under this agreement the Government of Azad Kashmir and the Muslim Conference handed over full control of Gilgit-Baltistan to the Federation of Pakistan, partly because at that time Land connectivity between Kashmir and Gilgit-Baltistan was weak, so Gilgit could have been easily controlled by Pakistan via Peshawar or Rawalpindi, making it easier to thwart India’s possible occupation of the region. As per the document of accession, India is also a claimant in this region.

In addition, the Azad Kashmir High Court gave a landmark judgment in 1992 in the case filed by the late Malik Miskin, former Speaker of Gilgit-Baltistan, and terminated the Karachi Agreement by declaring Gilgit-Baltistan part of Azad Kashmir. He also ordered to take over the administrative control of Northern Areas from the Federation of Pakistan. PLD1993-page1.

However, the Azad Kashmir Supreme Court annulled the decision and declared Pakistan’s administrative control over the Northern Areas valid and legal.

Therefore, most of them generally argue that our ancestors have joined Pakistan, so the Karachi Agreement is not important, so we do not accept it. Interestingly, the representatives of this school of thought in Gilgit-Baltistan. The assembly has always been a majority but to date not a single member of them has tabled a single resolution in the Gilgit-Baltistan Assembly against the Karachi Accord.

Nor do they give the public an answer to the question of what is the procedure for affiliation with any country under international law? And who can join?

If our forefathers had joined, then why was it time to take administrative control of Gilgit-Baltistan from Azad Kashmir? And why were we included in the Kashmir issue for a UN-sponsored referendum?

And then why did the Supreme Court of Pakistan in its decision of 17 January 2019 declare Gilgit-Baltistan a part of the disputed state of Jammu and Kashmir?

For example, the Supreme Court of Pakistan has clearly stated in paragraph 13 of its landmark judgment that

13: As noted, Pakistan has responsibilities in relation to the two regions AJK and Gilgit Baltistan. In 1948 UNCIP recognized the establishment of local authorities (as distinct from the government of Pakistan) for the territories.

We are of course have concerned with Gilgit Baltistan alone.

The region has not been incorporated in Pakistan as it is considered to be part of the disputed state of Jammu & Kashmir.

However, it has always remained completely under Pakistan, s administrative control.

In general, these schools of thought often turn a blind eye to these basic questions and the answer lies in blaming.

the position of the school of thought that Gilgit-Baltistan is part of the Kashmir issue and not the state of Jammu and Kashmir.

And it is a historical fact that no nation in the world sheds its blood for an agreement that does not include their will. 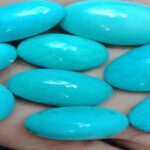 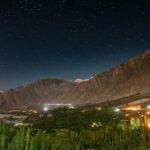