Summer does not comes here, because this beautiful valley(phander) is 9855 feet above sea level. Understand that every summer is a beautiful place, so every part of the country is beautiful.

From the blue waters of the beach to the snow-capped mountains of Gilgit and Chitral and the Phander lake, every scene invites you, but the northern regions of Pakistan are a great attraction for tourists from all over the world because of their unparalleled beauty. Enjoying the serene atmosphere of these areas every summer has been part of our routine for years and so far 42 such trips have become part of our past.

The people here are very peaceful, hospitable and polite. Numerous small and large valleys are spread over this region of the earth. Each valley has its own unique place and identity. Some valleys are higher than the sea level. Some are lower, so apples are grown more, grapes and apricots are abundant, and snowfall is higher in winter.

Mention is made here of Phandar valley where the beautiful color lake Phandar invites you. Phandar Valley is an area of ​​Gopis Tehsil, Ghazar District, Gilgit. To reach the Phinder Valley, you must first reach the city of Gilgit.

From Rawalpindi via Abbottabad and Hazara, you will travel on the Silk Road, where the Lion River (Indus) flowing between the highest mountains of the world will be your companion. You reach Gilgit, the largest city in the northern region, via Besham, Kohistan Waso and Chilas. Before reaching the city of Gilgit, you can see the unique place where the highest mountain ranges of the world meet, here the Hindu Kush, the Karakoram Mountains and the great mountain ranges of the Himalayas stand side by side.

The high mountains of Karakoram are standing around the city of Gilgit. There is no heat in the plains here, but the weather is very pleasant. When we reached Gilgit, grapes, apples and pomegranates were selling very cheaply in the market. The markets were bustling. The city of Gilgit is very beautiful. The river Gilgit is flowing along with the city and now there is a lot of population across the river. Assume that the river is now almost in the middle of Gilgit city and there are old wooden swinging bridges and modern bridges to cross.

All types of transport are available from Gilgit to Phandar Valley. Taxis are available for travel at any time and can reach the destination in less time. Wagons also go to almost all valleys. Funder got into the wagon and the wagon left. From Gilgit to Phandar, you will pass through the beautiful valleys of Ghizr, Ponial and Gopis. In Gopis, drivers usually park the car.

We had lunch at a hotel in Gupis, then drank tea and left for the charming valley of Phinder. It takes about 6 hours by wagon from Gilgit to Phinder. However, if you have your own car, obviously the journey is cut short. Phinder is located on Chitral Road. The same road passes through Shandor Top and enters the Chitral Valley.

Shandor Top is located at an altitude of 12,500 feet and this is the beautiful valley where there is a lot of open space. Glaciers are spread on one side, there is a small beautiful lake with blue water glistening. It is also the highest polo ground in the world where the Shandor Festival is held every summer. Polo teams from all over the country come here, especially the Gilgit and Chitral teams. The borders of Chitral and Gilgit meet at the same Shandor Top.

When Phandar arrived, it was September, and winter had begun. The wheat had been cut. Thrashers were engaged in separating the wheat from the straw. Wheat fields looked like gray stripes from afar. Sometimes small groups of people were digging potatoes in the lush fields. The corn crop was also seen in some places, indicating that the autumn season was about to begin.

Center Phander is spread over about 5/6 km. My local friends were waiting in the Phander Valley. During the journey, every 15/20 minutes, the phone would ask, “Where did the wagon arrive?” The P.T.D.C Hotel is located on a hill very close to Lake Phinder, and this is where the Center Phinder begins. In some places, people park their wagons near their homes and get off.

At one place, the wagon stopped and two boys started asking the driver in the local language if there was any guest from Punjab. Before the driver could speak, I immediately replied, “Yes, I am.” The boys’ faces lit up with joy, saying, “I’ve checked enough wagons waiting for you.” ‘

I met him very warmly and happily. His parents were waiting for me near his house. My room was well decorated and every pillow was hand embroidered on the bed seat and curtains. After the evening prayers, the cold began to grow. First the door is closed then the blanket is covered, the day is pleasant but at night it gets colder. My hosts also put a new quilt with the blanket. Probably needed at night. At one o’clock in the morning, my eyes were opened due to cold. My body was shivering with cold. 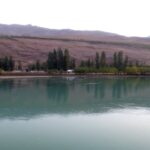 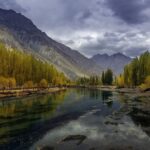 Places to visit in Ghizer Valley