Discussion about Salajeet Price in Pakistan

10 grams of salajit is for Rs. 300 to Rs. 600 in Hunza Valley.I thought, what is this salajit that people use a little bit? Let me drink a cup and see. Well, I drank a cup, but then suddenly I began to faint. I immediately poured a bucket of water over myself and ran to the doctor. I told him I drank a cup of salad. Saying this, I fell down. When I regained consciousness four hours later, the doctor slapped me hard and told me not to do it again.

This is the story of Karimuddin, a resident of Karimabad in the Hunza Valley, who has been in the business of making salajit with his father since 1980. I met them on the roof of their house where Slajit is taught.

What is salajeet(sludge) and how is it formed?

Salajit is found in the mountains of Central Asia and in Pakistan it is mostly extracted from the mountains of Gilgit-Baltistan. Karimuddin explains that salajit has been formed for many years from a mixture of minerals and plants found in caves in various mountains. After which it is removed at the right time.

But the process of finding it is not as easy as it seems. Through the perilous and difficult trails of the high mountains, Karimuddin’s artisans set out for the mountains before sunrise in search of sludge. It often takes several days to find a solution.

Salajit has to go through two important stages to reach its final and ready form.

1. Find it in the tops of high mountains

2. The process of cleaning or filtering salajeet sludge

If you see the scene with your own eyes and your hair does not stand on end, I will give you the courage to go to the top of the mountain. Because I had a similar situation when we reached the top of the mountain after a six-hour journey from where you can see the snow-capped Raka Pushi peak, but with you and Raka Pushi. There is also a beautiful view of the Hunza Valley in the middle.

In the Hunza Valley, there are special people who are familiar with the secrets of the area to find and extract sludge from the mountains. Ghazi Karim, who has been doing this for the past 15 years, says, “For Salajit, we travel from a few hours to several days.”

And then the same raw material that they find in the mountains, they come back to the city and sell it to certain vendors who sell it after cleaning it in a certain way.

These people often travel in groups of four to five people, one of whom is tasked with making tea and food. While the rest of the people tie and hold the rope tightly on the top. And then a servant descends into the cave from which there is a possibility of finding a slug.

“We look at caves through binoculars,” says Ghazi. When we get closer, we can tell by the smell.

Ghazi, meanwhile, skillfully descended from the top of the mountain at an angle of 90 degrees via a rope. And then shortly after descending into the cave, Ghazi called out to his friends that Slajit had been found.

Ghazi says of the whole process, “When the servant descends into the cave, there is a place for him to sit down.” After removing the sludge, we put it in the sack and then first we send the sacks up and then we go back up the same way through the rope.

The whole process took about half an hour, but about that half an hour, he says, ‘If someone doesn’t tie the knot properly or fasten the safety belt while tying the rope, the chances of the rope untying are high. ‘

However, Ghazi said that thankfully no such incident had taken place with him till date.

In this quest they find different amounts of sludge. “The biggest amount they’ve ever made is 20 manats,” he says. Sometimes nothing comes out of the cave and they come back empty-handed.

The sludge is still present inside the stone in the form of a special compound that these artisans sell in the city to shopkeepers who clean and filtrate it.

Karimuddin has been doing this since 1980.

He says his father started filtering sludge in sunlight. Which he called Aftabi Slajit.

In this process, the large stones, which are brought from the mountain, are cut into small pieces and placed in a large bucket, mixed with a certain amount of water and stirred with a large spoon so that the sludge is well. Dissolve in this water.

After a few hours, the dirt is removed from the surface of the water.

“We keep this water like this for a week,” says Karimuddin. During this time, the color of the water has turned completely black, which means that the sludge is now completely absorbed into the water from the rocks.

He says this is an important step in separating the remaining harmful particles from the saline water.

“Usually in the cycle of greed, haste and making money, people filter this water through a cloth and boil it for three to four hours, which makes it thicken quickly and thus it becomes smooth.” Yes, but there are more disadvantages than advantages.

Karimuddin says it has two major disadvantages. The first is that filtering through a cloth and mesh leaves harmful ingredients in it. The second is that boiling the sludge in water and thickening it removes all its minerals which is of no use.

Karimuddin does all this in thirty to forty days. In which they use a special machine for filtration. They have hidden this machine from their rivals which they have imported from abroad.

“This is the secret of our success,” he said.

The final step in making a salajeet

After filtration, the sludge water is kept in a glass jar and the water dries up for about a month, during which time they pour more sludge into the vessel to fill it. And this is how sunflower is produced which is supplied to the vendors after packing.

Karimuddin says he also sends every consignment of salajit for medical tests and that the certificate is proof of the purity of salajit. It states that it contains 86 types of minerals.

Karimuddin says he sells 10 grams of salajit for Rs. 300 to Rs. 600. This price depends on the supply and demand of salajit. “But the shopkeepers sell it at their own discretion.”

Karimuddin says most shopkeepers identify the sludge with its distinctive smell, but he says that’s not the case.

“People often use flour etc. to increase its quantity and if a small amount of sludge is mixed in it, it will smell the same as the real sludge.”

“The simple solution is to ask the shopkeeper for a medical test and confirm that it contains 86 types of minerals,” he says.

Salajit does not work like Viagra but what are its benefits?

Karimuddin says people have a lot of misconceptions about salajit. In fact, the minerals in it make up for the body’s deficiency, which causes the blood to circulate faster as the body temperature rises. But it doesn’t work like Viagra.

Dr. Waheed Meraj from Islamabad says that it contains more than 85 minerals including iron, zinc and magnesium. All of these minerals increase the human body’s blood pressure and improve immunity.

“Its use improves the human nervous system, which is why it is good for Alzheimer’s, depression and the brain,” he added.

“Tests on rats have shown positive effects on their sugar levels, so it is also useful in treating diabetes,” says Dr Meraj.

In addition, he says that it is also very useful for bones and joints.

Regarding the disadvantages of sludge, he says, “Not filtering properly increases its disadvantages.” Excessive use of it is also harmful to health.

Proper use of sludge salajeet

Karim-ud-Din says, “It should be taken equal to the dry gram and mixed with hot milk.” And people over the age of fifty can take it on a daily basis and for two to three months. And young people should not use more than two days a week.

He added that patients with high blood pressure should not use it at all.

“When 86 minerals go into the stomach, it raises blood pressure a bit anyway. Therefore, those whose blood pressure is higher than before should not use it at all.

According to him, people with heart disease should not use it. 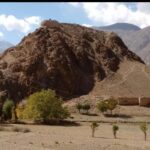 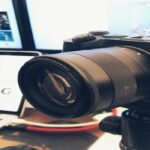